We have detected that JavaScript is disabled. Here are instructions on how to enable JavaScript in your web browser.
Skip to content Skip to main menu 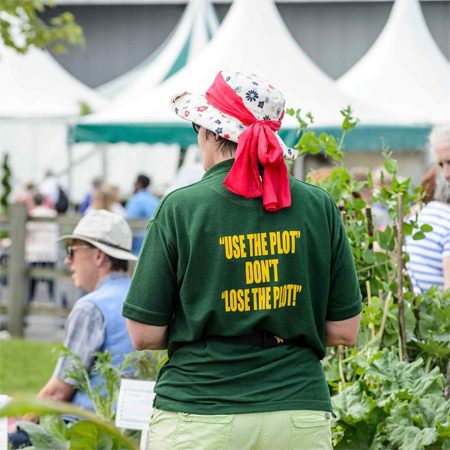 We’re thrilled to be welcoming the team from the National Allotment Society to BBC Gardeners’ World Live Special Edition, at The NEC from 26 to 29 August 2021.

Veteran members of the Midlands Group will be on hand at The Allotment to answer all your grow your own queries. The Allotment will be created by master grower Terry Porter, famed for his perfect peas, lovely leeks and cracking kale!

We’ve asked members of the NAS to step up to a virtual garden fence, to share top gardening tips with you in advance of the Show too. From moon planting to companion planting, and more! 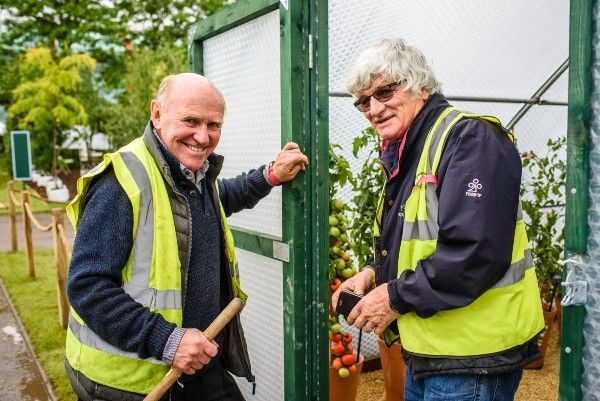 Tip for tying up runner/climbing beans.  Using garden wire, preferably ‘coated’ wire as you may want to keep this for another year and ‘coated’ will not rust.  You need to fix one end  of the wire to your first upright then work out the distances between your upright canes.  At the first distance allow about two to three inches of extra wire., wrap the wire around a small piece of cane once then twist the wire to make the ‘loop’ secure. Take out the cane and use it for the next loops.  Carry on this way leaving a distance between ‘loops’ the same spacing that you want the beans to go.  Then secure the end of the wire to the last upright.When this is complete all you need to do is put the top of your cane through the ‘loop’ and the other end in the ground. We have found that you save time and energy tying the tops of the canes and also they still remain in place when it is windy and they do not slide along the horizontal support. Mary,  Binley Woods Allotments

Don’t dig trenches for potatoes – just dig a hole to plant the tuber – cuts out a lot of back-breaking work. It works for us! Roger,  Ansley Common

Taking over an overgrown allotment in 2005, I tried various green manures to strangle the weeds including field beans.  It seemed to work and the beans were edible (sweeter than the normal broad beans). Robert

If you don’t need large cauliflowers, plant them closer together and they will not grow as big. It works.  Works with many other vegetables as well. Colin,  Cheslyn Hay Allotments

Save your old loo rolls – start your parsnips in them.  But don’t wait too long to plant out, a little on top, a lot below. Mick, Ansley Common

Take a few minutes to sit and enjoy the sights, sounds and smells of your allotment,  Even better with a cup of tea. Jane, Ansley common

Cover crops with fleece to advance early crops and protect peas from pea moth, leeks from allium leaf miner and carrots from carrot fly.  Do not sow too early. David, Holbrooks

To save French bean seeds for next year and keep them true to type, make sure you leave a minimum of three meters from any other French bean  (Only for non-F1 types.) Lea, Wheelwright Lane Allotments

Use brightly coloured small pots on the ends of any horizontal canes at head height, like runner bean frames, to avoid eye injury. Judy, Market Bosworth 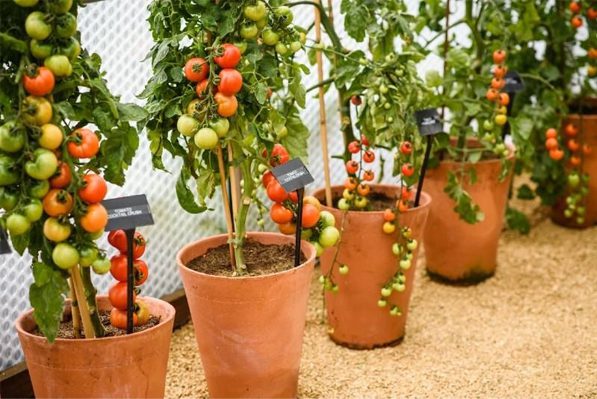 Tomatoes are greedy feeders – put some vacuum cleaner dust on the soil when the tomatoes are developing.  The dust contains lots of minerals and nutrients which help with the flavour.  Vanessa, Highland Road, Coventry

Planting brassicas in open -bottomed pots filled with compost protects the plants from ‘club root’, or so I have been told. Tracey, Ryders Hill Allotment Association

When sowing parsley seed, pour a kettle of hot water over the seeds and then cover thinly with fine soil.  It also grows better if you sow it on Good Friday. Anon

Look at you nearest plot holder to see how they grow and what. Ask for advice if new. Brendan, Westwood Heath

To get parsnip seed to germinate place the seed between two sheets of damp kitchen paper, flat in a polythene bag in the airing cupboard. Some will have germinated after one week, after a fortnight you will have sufficient to plant on in pots. When large enough transplant into the ground. First make conical holes in the ground with a metal rod then fill with compost. Place the seeds and some of the pot’s compost on the ground, sprinkle with more compost, water, and wait. John, Rigby Lane Allotments, Bromsgrove.

Put an old piece of hessian sacking over the edge of your water bath/tub so that the bees and insects can get out! Julie, Binley Woods 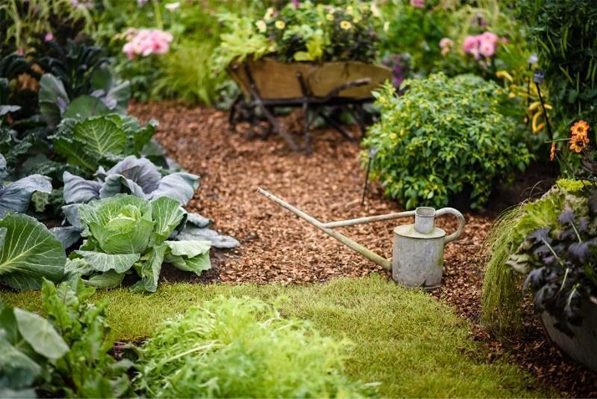 Get tickets to BBC Gardeners’ World Live Special Edition, and get your questions ready for the incredibly knowledgeable National Allotment Society. Head to their Potting Shed for 1-2-1 tips and to The Allotment for a barrow-full of inspiration.

For more inspiration direct to your inbox…