Suttons is thrilled to announce that Delphinium ‘Cinderella’ is officially the belle of the ball having danced in sweeping everyone off their feet to be crowned this year’s winner of the BBC Gardeners' World Live 'Best New Plant Introduction For 2019'.

The BBC Gardeners' World Live event, held earlier this month at the NEC in Birmingham, saw an array of new and exciting plant introductions for 2019 from across the industry. These being showcased on Peter Seabrook’s stand, known as the Plant Pyramid, with many new plants being part of this monumental display.

Peter Seabrook said “This is the biggest floral display that I have ever planned and helped to stage. It is a unique coming together of all the UK’s most well-known seed brands and many international breeding companies.” Suttons was delighted to provide to Peter their Delphinium ‘Cinderella’.

With tough criteria, the plants were judged on three main points:

Durability - Nominated plants were judged on their durability during the show itself, so were observed over 4 days from the start to the finish of the event. This is unique to GWL and is one of the reasons why they announce the results on the Sunday at the end of the show.

Suitability - This being suitability to the British climate, so scrutinised on how successfully a plant can be grown given the weather conditions experienced in Britain’s gardens.

Uniqueness of the flower - Where applicable, the flowers were judged for their unique attributes; this could have been a new or pure petal colour that’s never been seen before or breeding that gives the flowers that extra special something, making it stand out from other specimens. The award was open to all, as it does not exclude foliage plants, so cacti and succulents could also have featured in the line-up.

The selection of all the nominated new plants at the show was whittled down to just five. These five plants were then delivered to Jim Buttress, Chairman of Gardeners' World Live, who was on the Floral Assessment Panel at GWL. The final five plants also featured on  the Demo Bench, which was also at the show (a stage in the Floral Marquee) where they were on display for the four days for continuous judging. During this time, Jim consulted with many experts, celebrities and speakers, collating all of their opinions to arrive at the decision on the winning plant.

The Delphinium ‘Cinderella’ is a result of breeding by the world’s foremost specialist breeder. Far away in New Zealand, 20 years ago, one man decided to devote his life to Delphiniums. Terry Dowdeswell's tireless breeding work has changed the very structure of these fine border plants, transforming them into cold tolerant, disease-proof, robust garden plants.

Terry has worked his magic again with this pure pink, triple flowered variety with green tips. Eight years of meticulous breeding has produced perfectly round flowers with no gaps between the florets. It’s these pink ‘tutu-like’ flowers, resembling Cinderella’s dress, that gave the plant its name.

The triple-layered blooms and pompom structure makes Cinderella far more robust than traditional Delphiniums and an added vigour in the plants means the stems are strong like bamboo. Reaching a height of 1.2 metres (4’), this beautiful plant ensures you no longer need a large garden to create the cottage garden look.

Bob Sweet said that the ‘Cinderella’ was "a really lovely compact form of delphinium, a beautifully contained plant. The flowers are notable for their fairly small size, dense layering and their delicate pink hue with a beautiful edging. We’re very pleased to call it the BBC Gardeners’ World Live Best New Plant Introduction 2019 – a very deserving winner.”

We are thrilled here at Sutton's to be celebrating this award winner Delphinium ‘Cinderella’ for 2019!  This true princess will create the perfect cottage garden for a happy ever after! 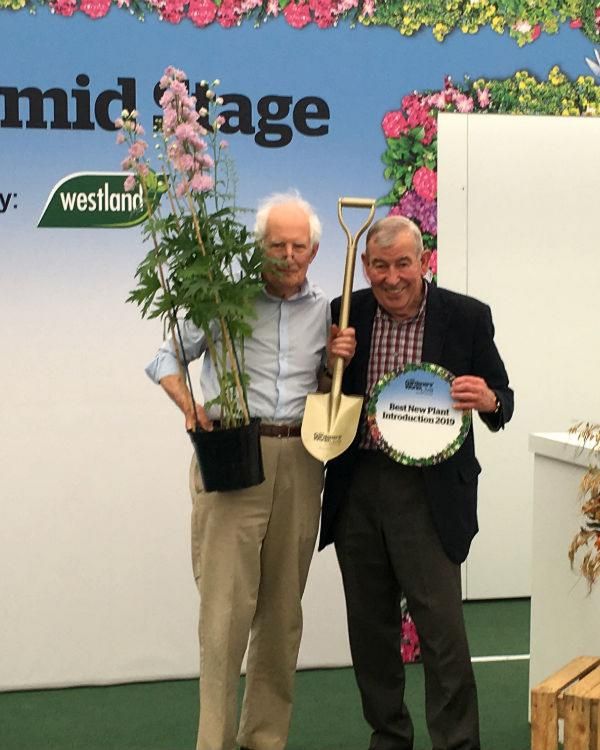 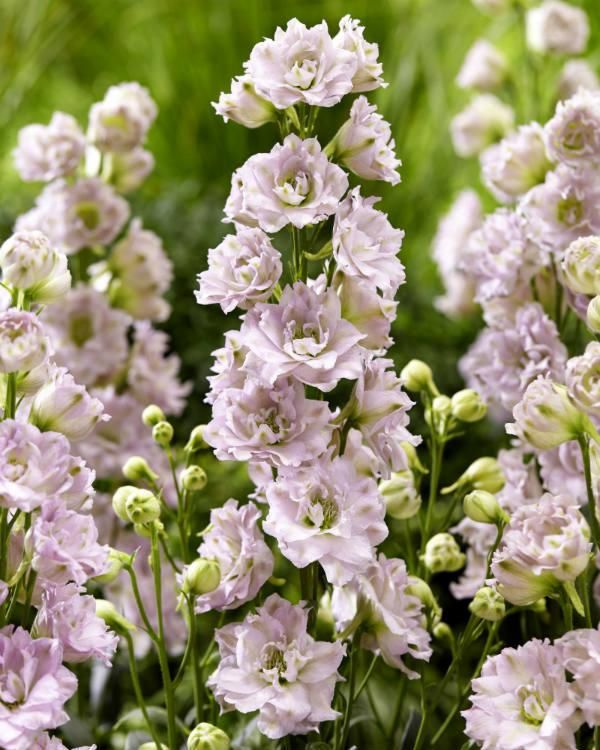 Details correct at time of print.